Kim Sallaway was kind enough to send along even more photos from the show last week at the Kate Wolf Memorial Festival. 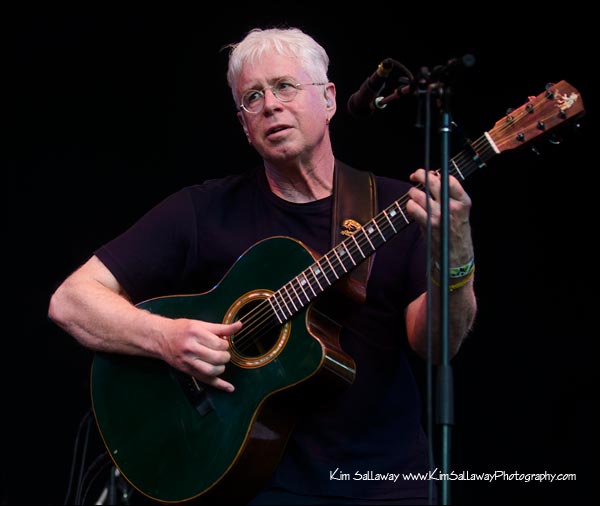 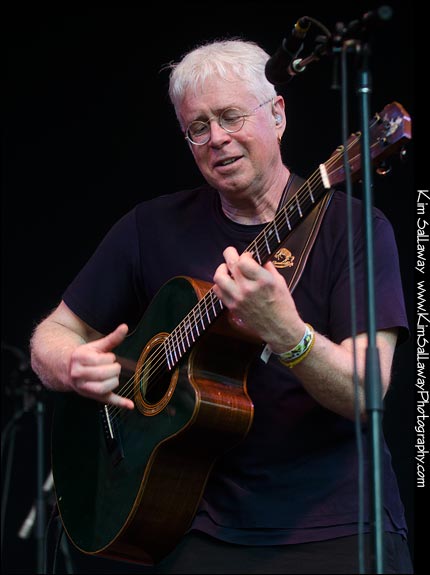 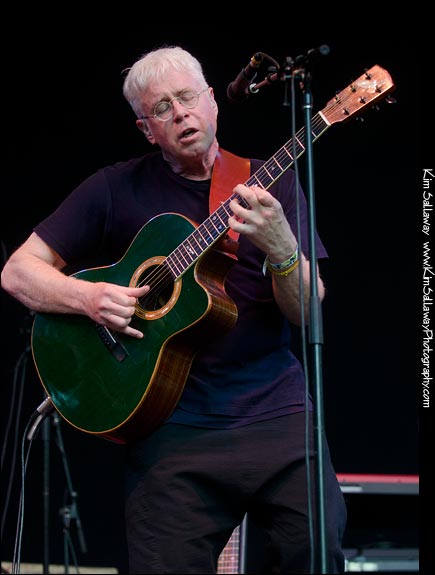 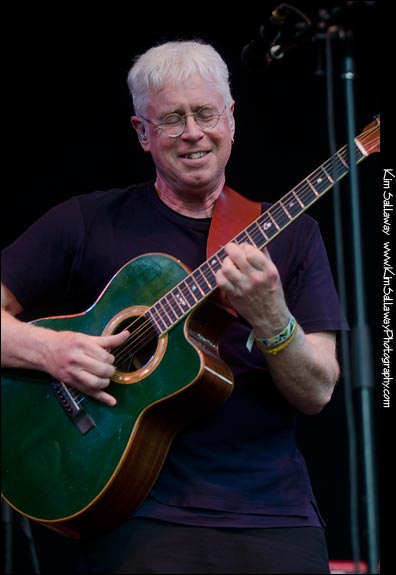 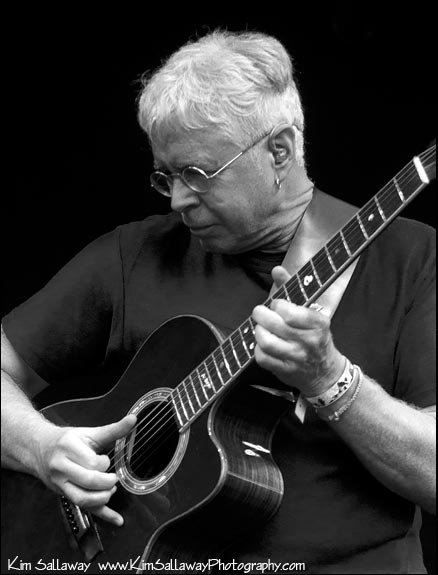 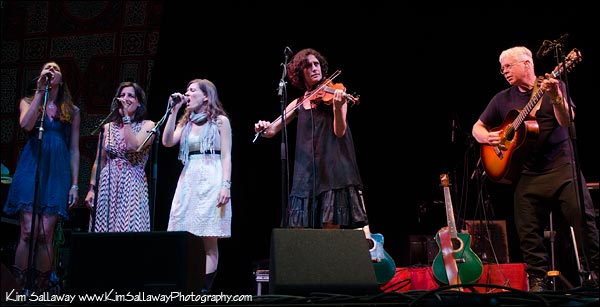 This is my favorite photo from the whole series: 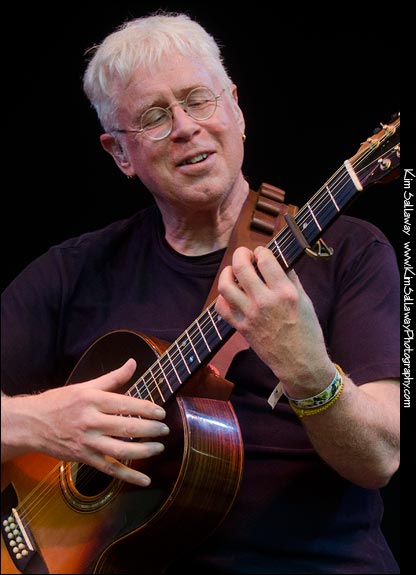 For more photos and the review:
Bruce Cockburn and Jenny Scheinman at Kate Wolf and www.CockburnProject.net.

I just put together a front page article at the CockburnProject.net about the Bruce and Jenny show at the Kate Wolf Memorial Music Festival.
I will fill in more details here in a few days.

Here are some more photos I took: 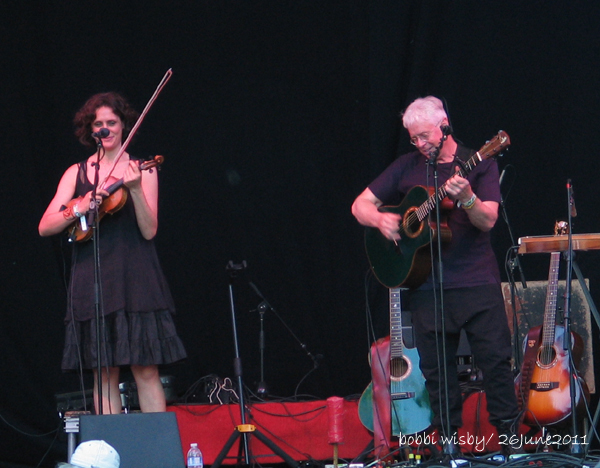 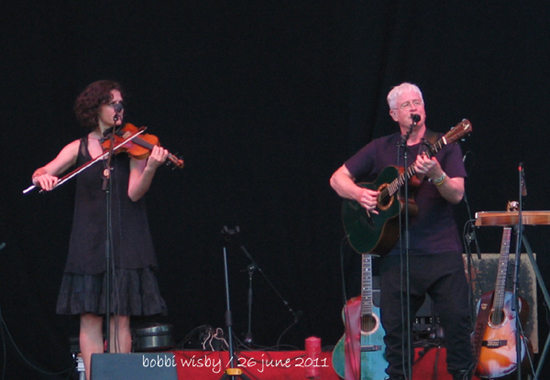 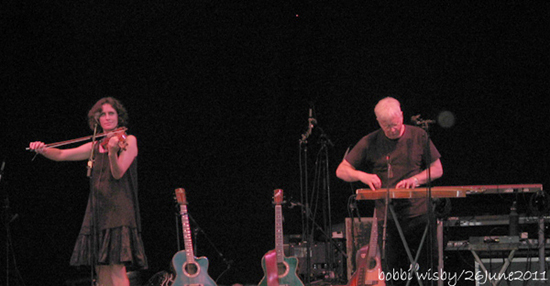 The Wailin’ Jennys join Bruce and Jenny for the last 2 songs of the set.

And now for some music:

The Wailin’ Jennys joined Bruce and Jenny for this one:

Many thanks to Riley Q. for the video! And here is a photo from Riley of Bruce and Jenny // and the totem poles as you enter the festival.

And a couple more photos compliments of Kim Sallaway, taken during the afternoon soundcheck. 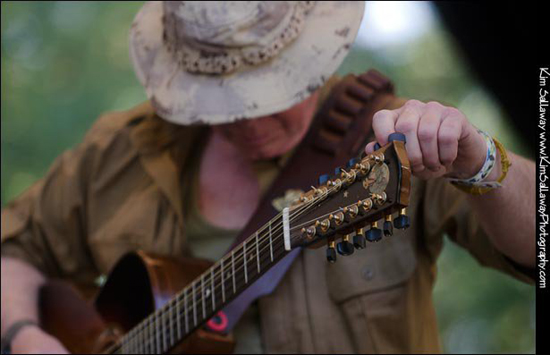 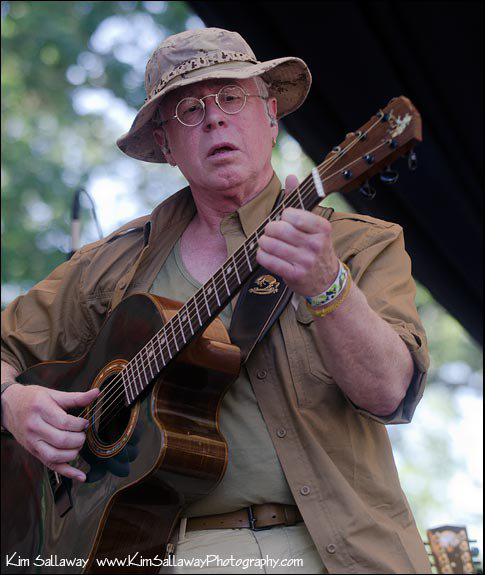 Kim Sallaway sent me even more great photos — you can find them HERE.

I wrote an article for the Cockburn Project with lots of pictures. The setlist page is up with a few more pictures from the Mateel show. 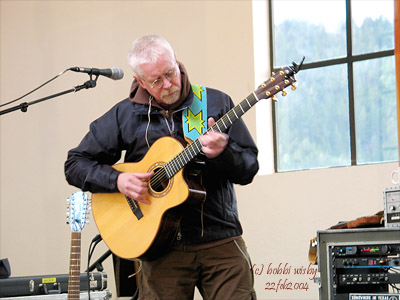 These photos (below) were all taken by a local photographer, Kim Sallaway. Check out his website … www.KimbaCan.com.

And remember… all these photos are copyrighted…if you want to use them PLEASE ASK! 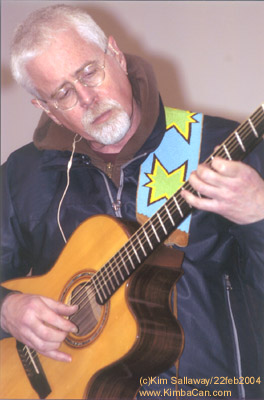 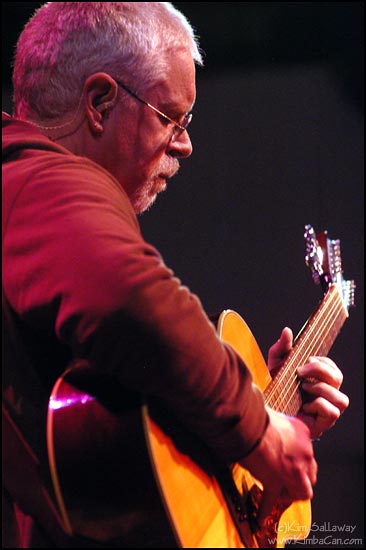 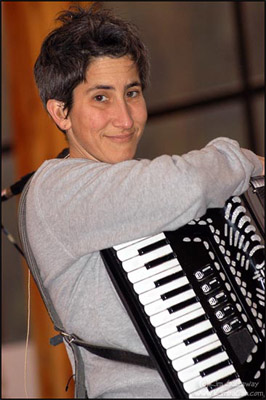 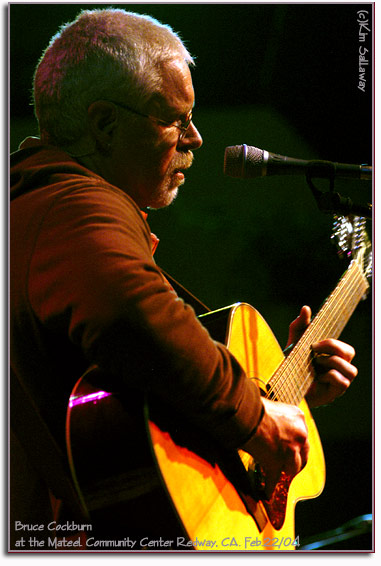 The whole day was wonderful. I will write more soon. I plan a new front for the Cockburn Project with details.

Bruce was gracious as always, and signed this photo I took of him at the Mystic Theater. 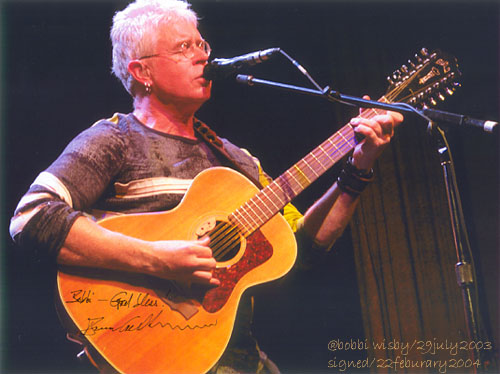 Also had a lot of fun talking with Julie Wolf…..keyboardist and vocalist..
and one heck of a sweetheart. 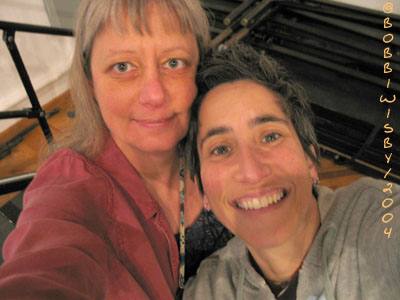 I spent a bit of time validating all my templates and tweaking the new background color. Was ready to upload some reggae pictures when I realized none were very good at ‘capturing’ what reggae was all about, so they will have to wait until i have my photoblog up. 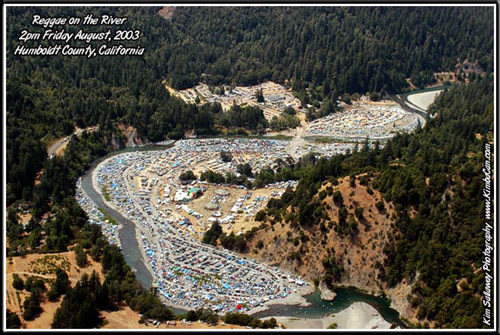 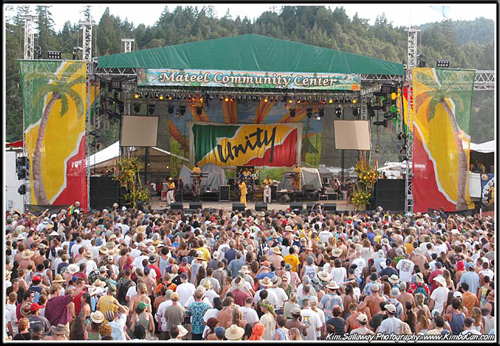 A few thoughts about this years reggae, considering I have only missed 3 out of the last 20, was that this years crowd was a lot of what appeared to be ‘college kids’ with lots of money, not into the hippie, tie-dye, rasta, dead-head apparel which is usually predominate there. They also smoked more tobacco at this years event than I have seen at Reggae in a very long time. They also didn’t seem to care if they were polluting someone else’s air space with it, with a few exceptions who left the ‘parachute area’ when asked.

The weather was very different, as generally speaking a 90 degree temp is considered cool, this year it was maybe 80 on Friday, cloudy with RAIN showers and cool on Saturday until finally on Sunday the sun appeared and the temps rose to high 80’s…. which is my preferred way of experiencing the event.

Notice i am not talking of the bands so much? Well Sunday’s lineup was great roots reggae, but Saturdays with a few exceptions, was some sort of hip-hop, rap stuff where the lyrics leave ya wondering if these people know any words besides F*** and M*****F***** and Suck My D*** and Slap My B****!!!

ome one said I am getting ‘old’ and my response was that even when I was young i wanted music to SAY something. I use the F word plenty, i am no prude, and often my language leaves something to be desired, so that is not the issue here. If you haven’t heard this type of ‘music’ you can’t begin to understand what i am talking about.

Any way, I saw people I haven’t seen in a year, some in 15 years, and met a new friend…. a local KMUD news-reporter. They were making a DVD of this years 20th Anniversary of Reggae..
it should be interesting to see just what they include on it.

Mateel Aikido, Russel’s Aikido school always puts up a booth to sell burritos at Reggae, as many of the non-profits do here, to raise money for the year. 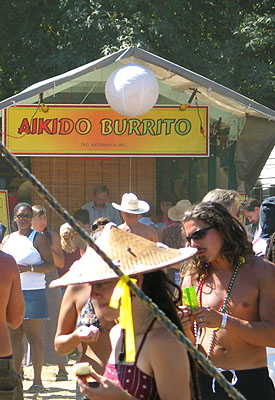 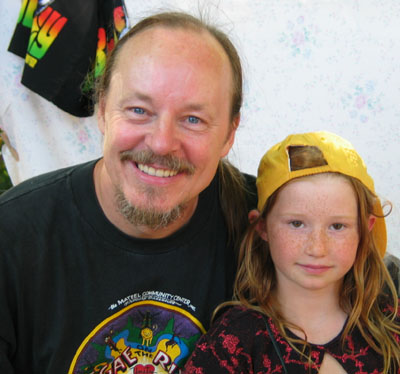