The holiday season brought with it winter weather. From freezing temps and water lines to snow to hurricane force wind and rain back to freezing again. There has been some sun in there as well, but weather is dominate this year. 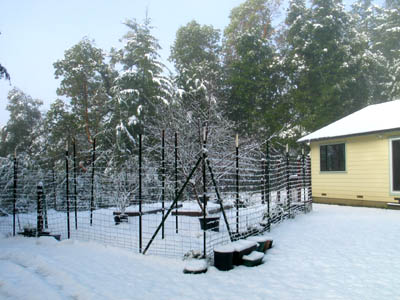 A murder of crows: 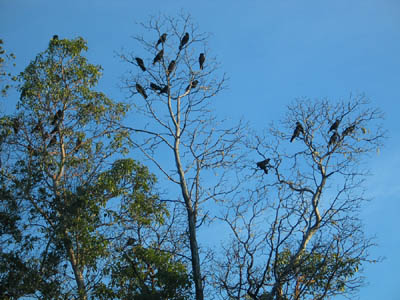 With so many gray dark days I haven’t had as much power as I would of liked. But mostly the big storm was just a windy event that took out our internet satellite tria.. the dish was ok.. and that took a few days to get replaced. We had a few small water leaks where it shouldn’t be issues too. Still have a couple of those.

Solar Power is wonderful to have though. So many people here and across the state were without power for days on end. We were warm (wood) and had lights and phone and internet and directv most of the time 🙂 Being off the grid does have its advantages.

Dad is not going to get full range of motion back into his left shoulder. The pain is getting less and they are planning a vacation to white sandy beach for a week here soon. So that is good. Meanwhile, I really need to plan the Michigan trip for the summer now. With all the news of airline mergers and prices going up, I don’t know whether to wait or book soon??

I have been archiving and jacketing dozens of live Bruce Cockburn shows that have been sitting here waiting for that for a couple of years!

I also got the Ion Cassette Tape to PC and the Ion turntable to PC. I have only used the cassette to PC so far.. finding out that many of the cassettes I wanted to get onto cd are just too far gone to be worth the time. I fear how the albums may sound!? But it’s a project that I have wanted to deal with for many years.
Hopefully by spring it will be done and new space will appear in this small house 🙂 [not done yet!]
Then I will tackle the vhs to dvd tapes that I want to keep and get rid of or store somewhere out of the house the rest.

Went to Eureka last week and we saw Cloverfield. A monster movie.
Doesn’t really live up to all the hype and yes it has all been done one way or another before…yet it was gripping edge of your seat 90 minutes of ..”What is that!?” Great monster.. 🙂