You can pretty much read this post and get what Michigan was.

I am always glad to see family and especially fun to see Dad and Sue.
This year got to meet great-niece Lauren who is just a delightful engaging young woman. I hope we can get to know each other through emails. 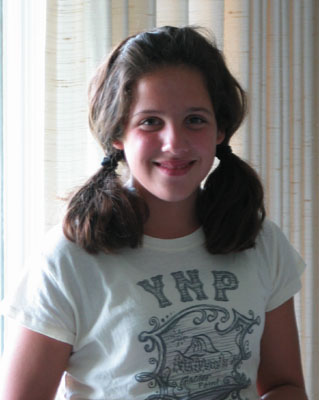 I did get to see niece, Laurie (17) and she is a beautiful as ever. I am so glad brother John brought her down from Alpena to visit while I was there.

Also had dinner and a visit with Lauren’s grandparents, Scott and Donna. Now how this works is my sister (who died at 31 in 1985) had a son with Scott, this is Jamey, and Lauren is his daughter. Scott and I were in school together, he is the only person from my graduation class of 1970 that I still have contact with. It was really good to visit with them awhile. Time is always too short.

My old friend Darlene also came to visit. I am so glad she did. We go back to the 70’s as well. She has been my friend longer than any other. Her life is good, she is a grandmother now and totally into that sweetness.

The thing I am not speaking too much of is Dad’s cancers, both melanoma (neck and shoulder area) which he has had roughly 4 operations on.

And now squamous cell carcinoma in his throat/base of tongue. They have decided to do a 5 days/7 weeks of radiation on that.. the doctors say he should be able to beat it. I don’t know. He was much more active than I had thought he would be. But he doesn’t feel good at all, he is just doing what he can do till he can’t do it any more.

We did the usual 4th of July picnic out on the lake (these are from a few years ago..but it’s the same thing) with a lot of aunts and uncles and cousins. Good to catch up with them, it all seems so surreal at times though. Our life here is so very different than any ones back there.

I had a total body break down at the end of the toxic Michigan stay.
Part was bad bed and pillow which caused an old injury to arm/shoulder to reappear. I couldn’t even raise my arm to dress, brush hair, eat (right arm). This started the last week we were there.
Not good. And the hives had started too. I try to eat as clean as food as possible, but …. any way for what ever reason my hands were swelling up. Then motel night 1.. got a severe sinus drip and intense whole body swelling.. took a antihistamine and knocked my self out for a few hours only. Got up at 4am.. flight at 6am.. worst airport food any where (Detroit).. got to Denver.. no time to get decent food there either. I did pack some stuff, but wasn’t good enough.

Got into Sacramento… smoke… fires..100 plus degrees… running on adrenalin by now. Russel just muscling me through to our car… the 4 runner battery was dead. Russel jumped started it and we went to Woodland and bought a battery. Ate some not so good pancakes and eggs and he wanted to keep going.. it was only 11 am here. So we drove on too Clear Lake (2+ hours) where I had booked a room (Best Western) in case we couldn’t drive all the way.

Good thing, I was about to lose it bad. Nice motel there .. and friendly staff. But I needed to eat, but felt total nausea, got R to get a baked potato from the motel eatery. What happened next was the total break down. Hives, rapid heart beat, head ache, dizzy, so much more… I told Russel to find out where an emergency room was cause I didn’t know if I would make it. I passed out at this point.

Good bed and we had our pillows, I woke up feeling better than I had in a few days. It doesn’t sound like much when writing this down, but I don’t ever remember having my system that stressed by something I still don’t know why.

It took several days before I was normal… other things I won’t mention here were happening too.

The sun came up like a red rubber ball in the Sacramento valley.
And went down as a red orange ball here in the hills. For some reason my camera wasn’t capturing the redness of the sun??