I wrote a review of the Kate Wolf festival for the CockburnProject.net Most of what I had to say is printed there. (scroll down for the Kate Wolf show report at the bottom of the page).

Pushing Bruce’s set back by an hour or more didn’t help things. I feel he was put off by that, but maybe I am wrong.. who knows? I didn’t get to ask him. I wish he had talked to us more, the crowd was also more subdued… or just wasted from 3 days in the 110 + degrees! I couldn’t holler as usual either as my throat was taking a beating from the heat, dust and talking.
[I found out much much later that the reason the set was pushed back was because Bruce’s tour bus was having problems, probably overheating as it was just too hot.]

It was great seeing Doug Stacey and meeting his friends. Talking to others sitting around us at the site.

I took pictures during sound check: 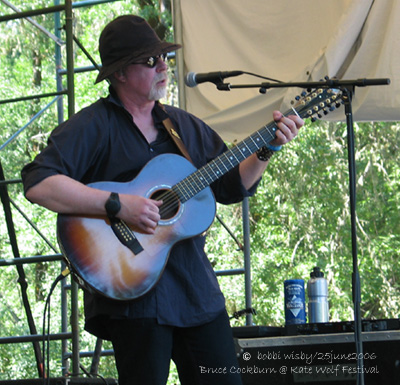 Unfortunately Bruce is trying to be incognito. And succeeded for awhile. My camera was soo hot in my hands that I stopped.. the battery doesn’t want to be over 86 degrees! 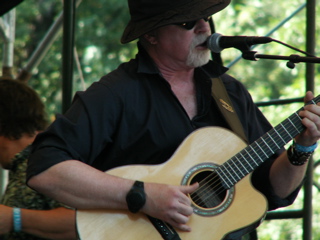 I did manage to give to Leslie, Bruce’s stage manager (don’t know what title to give him?!), a cd I had created with pictures going back to the 80’s of him and me and of shots from some more recent shows.

I always want to give him something, and it gets harder and harder to know what he would appreciate. I just want to give back to him.

His words and music have been a constant soundtrack in my heart and mind since the first time I heard him. No matter what was going on in my life, Bruce has been there with me. From the way some of the songs on the new album, Life Short Call Now, sound, it seems as if we, as fans, really need to be with him now. And I don’t know how to do that, short of just telling him that he is in my heart.

The night shots weren’t very good. I really need to learn how to take better night shots, and well a better zoom would help too! 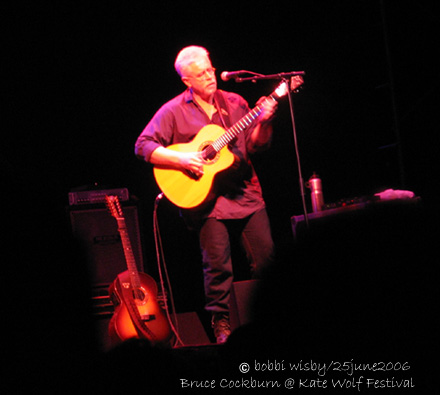