Whatever I had / have I don’t think it was any kind of allergy. I started on antibiotics July 31, after many really bad days of coughing day and night. I finally called the doctor and specifically asked for antibiotics and codeine cough syrup (which did not help at all).
Within 4 days of starting the antibiotics, the cough was almost gone, by a week into the antibiotics, it was gone and energy was returning because I was sleeping. It actually felt like life was starting again!
After 3 months of this thing dragging me down.

So now, August 15, I am 2 days off the antibiotics and have just a light cough occasionally.. has me a bit worried that I will fall back into what ever it was, but I am trying to get stuff done while I have some energy.
And no spring cleaning was done this year.. and if it didn’t have to happen for the last several months, it didn’t .. so I have a ton of stuff to do to catch up.

Speaking of getting stuff done. I tried my first pickle-canning July 26, using zucchini instead of cucumbers. We just opened a jar a few days ago and they are quite tasty! 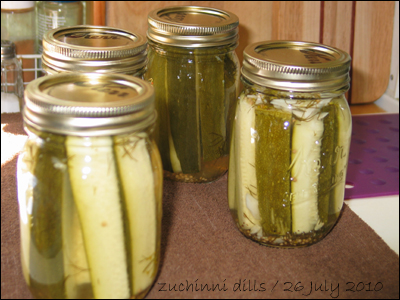