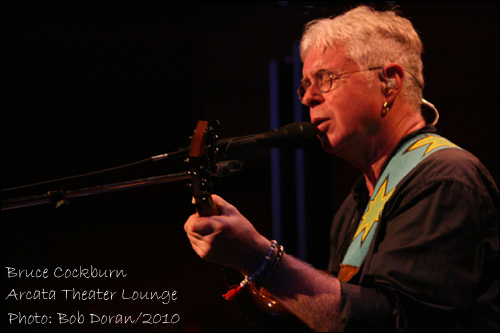 So any one who knows me realizes I have a deep love and respect for Bruce Cockburn.. this isn’t JUST a ‘favorite musician’ type of thing.
Over the 30 years I have listened and loved Bruce’s songs they have been the soundtrack to my life, whether it was falling in or out of love, in spiritual dispair or rapture, being mad as hell at the world and what was happening to the planet or other peoples, or just being, he was there for me.

Long before the internet was in my line of sight I was going to Bruce’s shows, as often as possible, taking ‘Bruce virgins’ with me and turning people onto him with cassettes mixed with a lot of his songs. I would often get backstage after the shows to meet and greet and thank him, usually with a gift in hand, never with enough time to actually talk, to get to know each other. He was and is always so gracious to his adoring fans. And that is how I have mostly felt when meeting him. 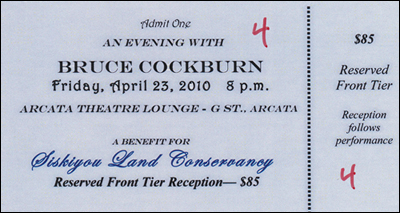 But this time after the Arcata Theater Lounge show, there was a reception, about 50 people were there, many waiting for their moment to express themselves to Bruce to thank him and have him sign something or take a picture. I kept to the outside of the circle, chatting with many fans, who I hope become friends.

This time Bruce made eye contact with me, he called me by name, we talked, we hugged and it felt like friendship for the first time. I am still a bit overwhelmed. Also giddy and glad and feeling full.
This time, it just felt different. 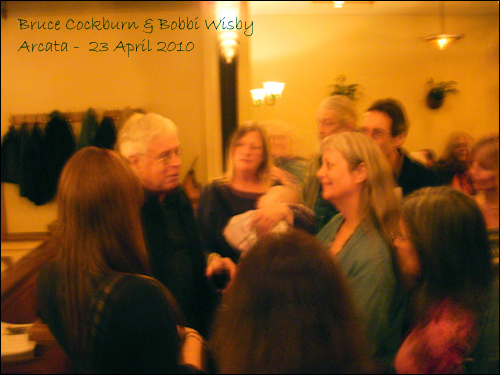 He said he had been looking for me ‘down there’ meaning in Petaluma at the Mystic (I had to give my tickets away-another story). This was a a bit unreal, Bruce had been lookin for me! We talked about him writing his memoirs, about ethically that brings up some issues for him, about Peggy’s Kitchen Wall, about his new website, just stuff. And he thanked me for ‘my support’ & my work with the Project, perhaps realizing just what a valuable resource that it is for him. 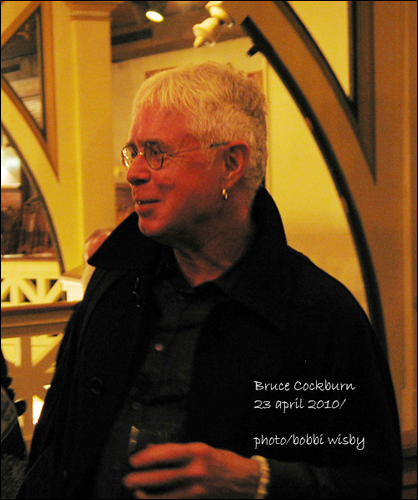 How I wish we could of just hung out for a few hours. How I wish it had been recorded so I could hear it all again.

The last time I had the opportunity to talk with Bruce was at the
Mateel 2004 show, before that was at the Mystic 2003 show. The last time we made eye contact was at the Sofest 2007 show. That’s a long time ago.

I guess I just feel honored to be remembered and happy really, I mean after all I love this man. 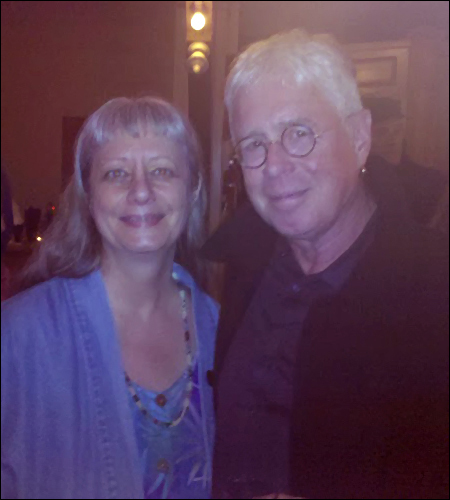 In 1999 I started volunteering information, setlist scans, tickets stubs, transcribing interviews or comments from shows to contribute to the CockburnProject. Several years ago I took over as the webmaster. Many times in the last several years Bruce has been aware that I was very involved with the Project, not always understanding what we were doing (trying to archive all his work and words). 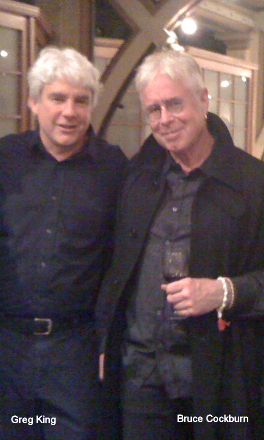 On with the Show!

Greg King put on this show as a benefit for the Siskiyou Land Conservancy. He also planned the reception which was really a brilliant idea.

We arrived in Arcata early and waited for a bit. It was a windy day, and I felt we would be better off standing in the theater entrance protected from the wind as out in the line later. It’s always so fun to meet people at Bruce shows. Sometimes it’s a one time thing sometimes you meet again and again.

We had reserved front tier seats and were eye level with Bruce. I really felt like he was looking right at us a lot of the time! Our neighbors to the right were Riley and Kathy… long time Bruce enthusiasts with Jan to my left. So many local folks at this show, I knew a lot of people there. I speak of the crowd as my experience with Bruce shows is that the more the crowd gives to him the more he gives back.. and it was truly wonderful.

Here’s a link to the setlist.

I’m not going to try to go through each song. Each one is special and brings forth in me feelings I can’t always explain. I loved hearing How I Spent My Fall Vacation. Bruce’s lyrics are like paintings, he describes what he sees and feels so well it looks like a painting in my mind.

The fact is I was ecstatic the whole night. Every song he performed, every note of the guitar, the twinkle in his eye and the growl at times are all embedded in my head. I wish I could play it back for you all!

Instead here are a few video clips other fans have put up on YouTube. They are fun to watch as I was there, and right next to the camera, (I just didn’t know it at the time).

Waiting For A Miracle:

If I Had A Rocket Launcher:

Wondering Where the Lions Are: 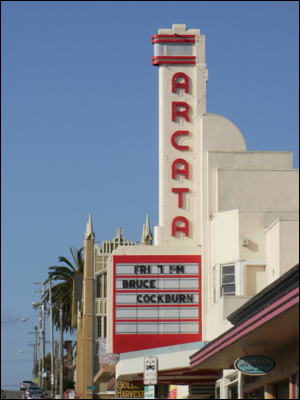 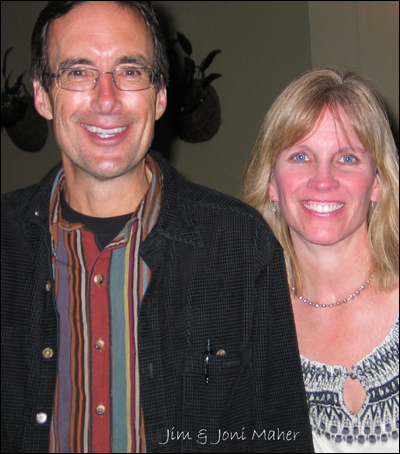 I have been to a lot of shows, this one will stand out in years to come, for the music and energy of Bruce, for the wonderful crowd and because for me a deeper connection was felt.

Anything can happen
To put out the light
Is it any wonder
I don’t want to say goodnight?

I’ll add more to this as content comes in.

Here’s another take on the show, Bruce Cockburn Rocks!

And the www.CockburnProject.net has 2 interviews from local journalists, Bob Doran of the North Coast Journal and Sarah O’Leary of Econews – Northcoast Environmental Center… check them out!

And good news from Greg King, the
Siskiyou Land Conservancy Benefit Concert a Raging Success. Maybe this means having Bruce back in Arcata soon will happen! Thanks again to Greg for bringing all this together.. it was a great night!